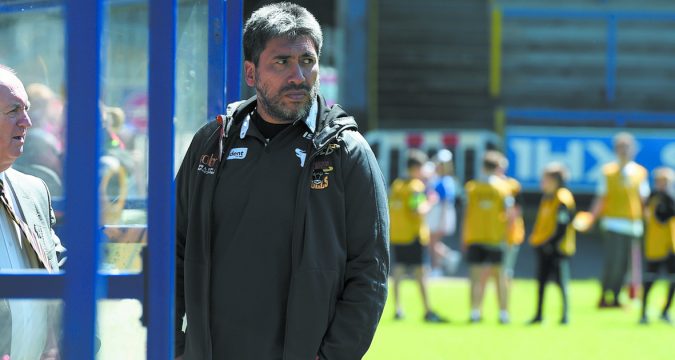 Championship and League 1 clubs are set to hold discussions with Super League clubs without the Rugby Football League in attendance.

Clubs in the two competitions have elected six candidates to represent them in meetings with their Super League counterparts.

League Express previously learned that an independent board was being created to increase their voice on decision-making matters, and it’s now understood the identity of those involved has been confirmed.

Kevin Nicholas, Mark Sawyer and Mark Campbell, the Chairmen of Batley, Dewsbury and Featherstone respectively, will attend on behalf of the Championship clubs, while Bradford owner Andrew Chalmers, Doncaster CEO Carl Hall and London Skolars director Mark Croston are thought to be the men that will represent the League 1 clubs.

The committee is due to hold its first meeting with Super League clubs soon, however the clubs have asked the RFL not to be represented at that meeting.

It comes after a meeting between Championship and League 1 clubs two weeks ago, in which they all rejected the idea of de-regulating the third tier.

The majority of clubs will stay together and resist any wholesale change to the structure, should they be put forward formally by the RFL or Super League clubs.