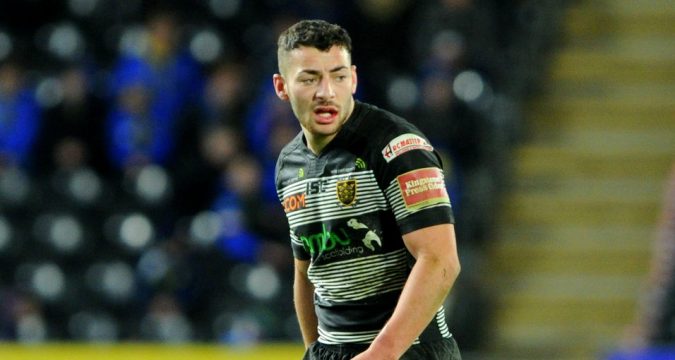 Hull FC star Jake Connor has signed a new contract that will keep him with the club until the end of 2020.

The 23-year-old enjoyed a fine maiden season following his move from Huddersfield Giants, making 31 appearances and playing his part in the club’s Challenge Cup Final victory over Wigan.

Connor scored 11 tries this year, assisting another 16, and played in a variety of positions for Lee Radford’s side.

“I’m delighted to have signed a new deal with the club,” he said.

“It’s a great club and they’ve treated me well since I came here. It was a no-brainer of a decision for me.

“As soon as my agent spoke to me about it I was really happy to sign straight away and I’m glad I’ve got my future tied down for a few more years.

“I feel as though I’ve had a good year and it’s probably been the best of my career so far, but I know there’s still room for improvement going forward.

“The club is really moving forward now and going places and we’re a top four team now and I can’t wait to get going again in 2018.”