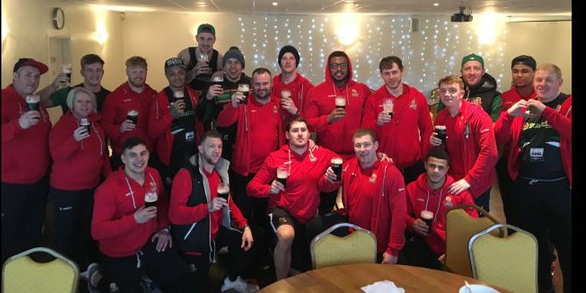 Sunday was a special day for Keighley Cougars.

Not only did they open up their League One season in style, going to the top of the league with a 60-4 victory over South Wales Scorpions, but it also gave them the opportunity to celebrate what would have been the late Danny Jones’ 30th birthday.

And in a typically classy manner, the Cougars toasted the occasion by drinking Jones’ favourite tipple, a pint of the famous Irish stout Guinness.

MATCHDAY LIVE: The lads toasting victory and Danny’s 30th birthday with a pint of Guinness! #DidItForJonesypic.twitter.com/s704bLpROf

The club have been a credit to themselves and the Rugby League community following Jones’ tragic death, and this only continues that trend. The picture has also been named the League Express image of the week.

Great work by the Cougars!