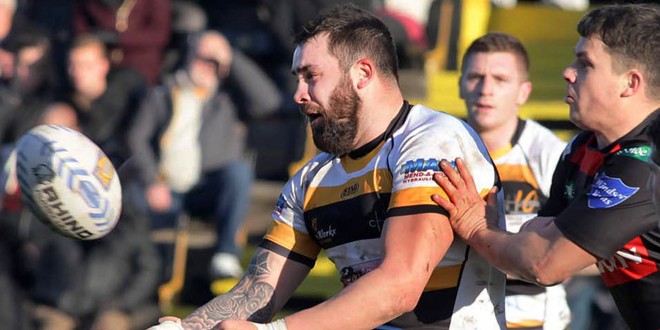 The 36-year-old Rhinos’ forward is in sensational form this campaign – much like his Castleford compatriot, and Huby admits Peacock is getting better and better despite his age.

“He just keeps getting better and better – to be his age and playing so many minutes and do the amount of work he does is unbelievable,” Huby claimed.

“He has been one of, if not the best, front-rowers – his attitude and everything about him is absolutely incredible. If I could achieve a quarter of what he has done it would be a nice feeling. I think he’s the one who gets them going and gets the momentum started. Hopefully if we can pull him back a bit we will have a good chance.”

Huby is also buzzing at the prospect of facing the Rhinos in general, admitting it is the fixture he looks out for when they are released every year.

“I’d say it’s a bigger game than Cas v Wakefield, definitely. I think there’s a bit more passion between the fans as well. You look at the calendar at the start of the season to see when you are going to be playing them.”