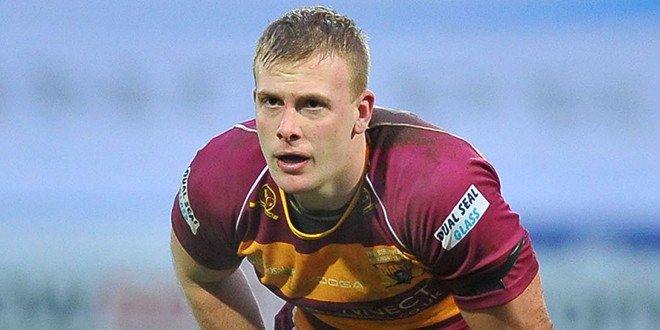 Huddersfield Giants frontrower Craig Kopczak is back in pre-season training after the World Cup, and he insists that he and his team-mates have a clear goal as they head into 2014.

The Giants lifted the League Leaders’ Shield last season, but lost out in the play-off semi-finals to Warrington at the Halliwell Jones Stadium.

Kopczak says he is confident Huddersfield can top the table again, but the club’s target for next season is to reach Old Trafford.

“There is definitely some unfinished business,” Kopczak told League Express.

“Our aim for 2014 is the Grand Final, and we’ll be disappointed if we don’t get there.

“To take that extra step will be great for the club, the town, the fans and everyone involved with Huddersfield.”

Kopczak recently skippered Wales during the World Cup, in what was an ultimately disappointing tournament for Iestyn Harris’s men.

The Welsh were fancied to top their group, but lost all three of their games, to the USA, Cook Islands and Italy respectively.

Despite the results, Kopczak believes the tournament has helped to boost the profile of Rugby League in Wales, as they look to build towards the next World Cup.

He added: “It was disappointing for us. Every game was against high-class opposition, and we missed too many opportunities. If we had taken some of those, the games could have been different.

“The attitude in the camp was spot on, and it is all a learning process. Hopefully the experience will make us better for the next tournament.

“It definitely helped the game in Wales; the crowds speak volumes. We had great support, particularly in Wrexham, and if we keep building the game as a whole the talent will come through.”

From Wales to West Yorkshire, and Kopczak admits it has been a tough first week back in pre-season training, but says he is impressed by the new recruits at the John Smith’s Stadium, including Antonio Kaufusi and Jodie Broughton.

“It was nice to have a few weeks off with the family after the World Cup, but I’ve been thrown straight into the deep end now.

“The new lads have looked very, very good. They’re highly tuned into how we train and how we play, and everyone has gelled together really well.

“There hasn’t been many new additions so it’s been quite easy to come back into training. The lads are all ripping in for next season.”