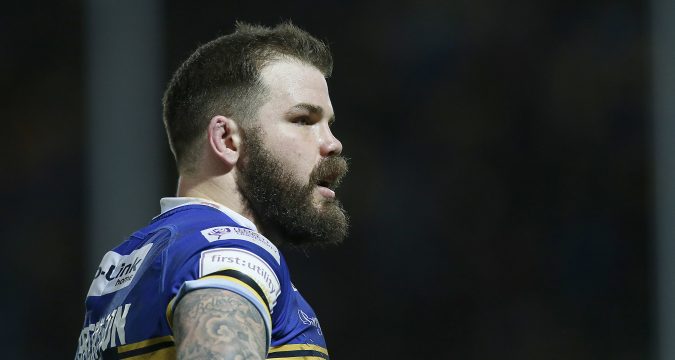 Leeds Rhinos prop Adam Cuthbertson admits that the club will be a huge target as Super League Champions in 2016 but he’s excited about the challenge ahead.

Cuthbertson arrived at Leeds when the club had just been eliminated in the first round of the 2014 play-offs, but he played a key role as the Rhinos won the treble in 2015 in his inaugural season in Super League.

Some have tipped Leeds to struggle following the departures of Kevin Sinfield, Jamie Peacock and Kylie Leuluai, but Cuthbertson is confident that with the emergence of some younger talent and two new signings from the NRL, the future looks bright at Headingley.

“Everyone’s going to be gunning for us, so we do have a new challenge on our hands,” he conceded.

“We’ve got two new fellas to bring something different and we’ve got younger lads like Sutty (Liam Sutcliffe) coming back (from injury) and slotting into the halves too. It’s an exciting time for this group.

“Keith (Galloway) is a huge unit who’s really hard to put down, and he’s really aggressive. Beau (Falloon) is not too different from Paul (Aiton); he loves to move out of dummy-half and he’s another aggressor.

“We’ll have a good mix in that pack in 2016; there’s still the likes of Jonesy (Jamie Jones-Buchanan) coming back too, so it’s very optimistic.”

Cuthbertson admits that the Rhinos had little time to prepare for their opening pre-season game against Wakefield, although it was a great opportunity to get into the swing of a new campaign.

“It wasn’t the result we wanted but it’s Boxing Day and we went out there to put on some entertainment for the people that turned out to watch.

“We were able to blow some cobwebs off nice and early; we haven’t had a lot of time to train together, so it was pretty tough finding our feet.

“We’ve got plenty of time between now and the start of the season though, and we’ll get things together, I’m sure of that.”

Both men made their Rhinos bow in the clash, which was played in torrential rain.

“I was talking to Keith out there and he was a bit shocked by certain stuff in terms of the line speed.

“The new boys will have found it interesting in those conditions, but I’ve told them it’s all uphill from here.”