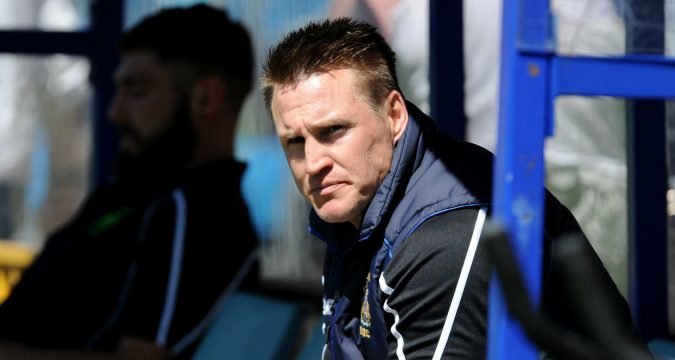 Halifax head coach Richard Marshall admitted the club’s long-term future would have been in further jeopardy had they not made the top four.

Fax secured their place in the Qualifiers on Sunday with victory over Hull Kingston Rovers, and with it at least £250,000 of additional central funding.

The Championship club has struggled financially since missing out on the top four last season, with job and wage cuts leaving them in a difficult position this year.

But things were set to get worse had they missed out on the Qualifiers again.

Marshall attended a board meeting in the build-up to the game, where it was discussed what would happen if the club failed to make the top four.

“Plan A was where we are now and Plan B was somewhere different. Somewhere different didn’t look nice, it wasn’t a nice picture. It was a picture where by we’d have to make some changes and cuts.”

The significance of the result was well documented in the build-up, with Fax players now set to be paid the 10% wage cut they agreed to before the start of the season. But Marshall was keen to focus on the manner of their dominant performance.

“I thought we were outstanding,” he said.

“As a performance for 80 minutes, it was up there. There was some outstanding individual performance with a team ethic and that has got us over the line.”

Buy League Express today for a report on the game.