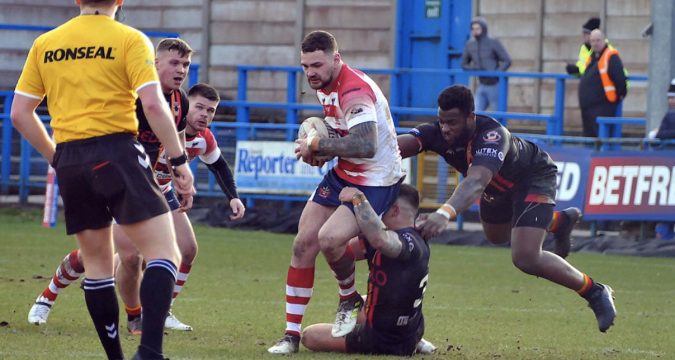 Danny Bridge is free to continue his rugby league career after World Anti-Doping Agency (WADA) amended its rules regarding recreational drug use.

The 27-year-old tested positive for cocaine after Oldham’s clash with Whitehaven in February and was handed a two-year ban.

But new rules state individuals who take a ‘substance of abuse’ and can establish that it was taken out of competition and not related to enhance performance can apply to have their bans reduced to three months.

As a result, Bridge is now free to continue his career.

RFL Chief Regulatory Officer, Karen Moorhouse, says: “We certainly don’t approve of players using recreational drugs, far from it. But we do welcome the distinction between performance-enhancing substances and recreational drugs taken out of competition and without intention to improve performance.

“UKAD’s priority, with our support, is to catch those who cheat and deal with them accordingly. However, we recognise that there are often underlying reasons why people use recreational drugs. A lengthy ban does additional harm to people already potentially suffering from wider personal problems. These players can still expect a ban, but with education and rehabilitation programmes in place, their careers may be resumed after serving their bans.

“Whilst we welcome the changes, all Rugby League players are reminded that taking any prohibited substance is a breach of the rules and could be a criminal offence. Any time away from the sport can still harm a career and have long-lasting implications. When it comes to competing, we also want all players to make well informed and positive decisions, to stay clean and avoid illegal drugs.”

Bridge, who started his career with Warrington and has played for Ireland, has been with the Roughyeds since 2018.