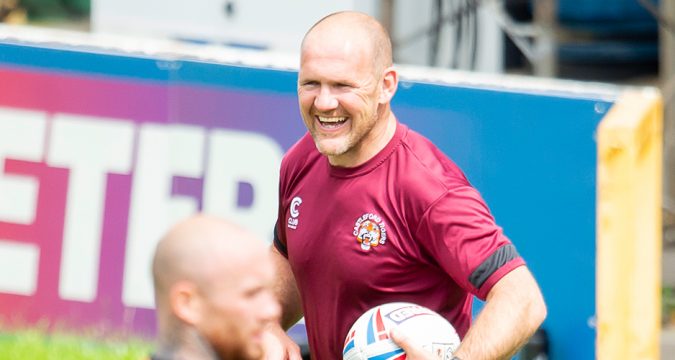 Fan favourite Danny Orr will leave Castleford Tigers at the end of the season.

After spending nine years with the club as a player he joined the club’s coaching staff in 2013.

He has remained ever since but will explore other opportunities at the end of the season.

“It’s been a very tough decision to make but one I feel that I have to do at this stage of my coaching career,” he said.

I would like to thank everyone at the club for the support I’ve received over the years and to wish Powelly and the boys all the best for 2021.

“Finally, I’d like to say a huge thank you to all the Castleford Tigers supporters who have been absolutely awesome with me and my family over the years. Thanks for the memories.”

Head Coach Daryl Powell added: “Danny has been a phenomenal servant for Castleford Tigers as a player and as a coach and has been a massive support to me over the last seven years in my time at the club. Danny will be with us for the remainder of this season and I know he will continue to help drive our standards of performance.

“I respect his decision to want to advance his coaching career as we move into 2021 and I wish him all the best.”