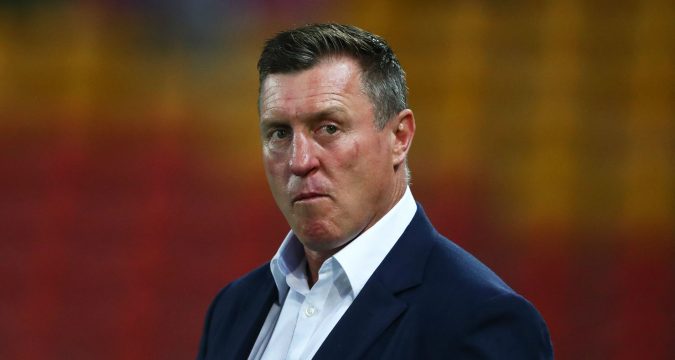 Incoming Leeds coach Dave Furner has laughed off speculation suggesting he may remain in the NRL and not take up his post with the Rhinos in 2019.

Rumours were rife in Australia – which have since proven to be false with South Sydney’s appointment of Wayne Bennett – that the Rabbitohs were going to try and ask Furner to stay on next season as coach, despite him agreeing a deal with Leeds.

That led Rhinos chief executive Gary Hetherington to insist there was no get-out clause in Furner’s contract – and the man himself has now insisted he will land in England within the next fortnight to begin work with his new club.

He said: “Since the appointment I have been looking forward to starting my relationship again with Leeds Rhinos, the staff and the fans. I don’t want to give fuel to any speculation and I just want to say I am booked, I am coming to Leeds on 5th November and I can’t wait to get started.

“I am looking forward to getting over to Leeds and meeting the current squad so I can start to build my relationship with those players. I am excited about Konrad and Tui coming over. Having spoken to both players they are very excited about playing at Emerald Headingley for Leeds. It has been very busy for the last four weeks, meeting with players and their managers as well as getting ready to move to England,” added Furner.