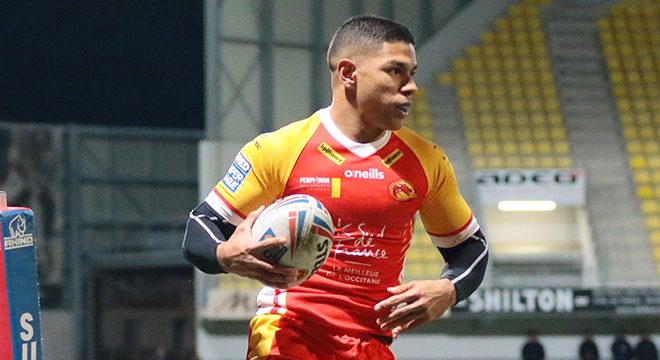 Catalan Dragons have defeated Wakefield Trinity for the second consecutive week with victory in the Challenge Cup Sixth Round.

Innes Senior, who signed on loan from Huddersfield earlier this week, made his Wakefield debut, while Jack Croft appeared for the first time this year.

Other than a score from Jay Pitts, Catalans dominated the half and held a 14-point lead at half-time, with two tries from David Mead, an effort from Fouad Yaha and a penalty from James Maloney being the difference at the break.

Pitts grounded the ball for his second to make a comeback viable but this was quickly shut down by Catalans, who scored three times in a ten-minute spell. Ben Garcia strolled over from dummy half, Matt Whitley captured a kick and Mead completed his hat-trick.

There would be a late Wakefield surge, though, as Tinirau Arona and Jacob Miller crossed in the final five minutes. Ryan Hampshire added both conversions.

Catalans Dragons will now challenge Salford Red Devils in the quarter finals at an unconfirmed venue.