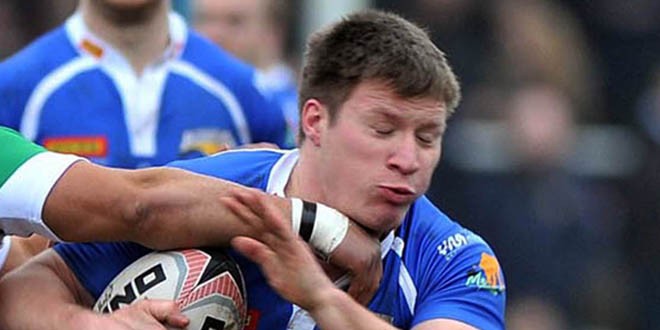 Barrow Raiders prop Andrew Dawson and Gateshead Thunder half-back Matty Beharrell have been named as the Kingstone Press Championships Players of the Week.

Dawson led his side from the front in their 18-14 win over Batley Bulldogs, the club’s first victory under new coach Bobbie Goulding, while Beharrell scored two tries and helped control the game in Thunders’ 24-16 victory against London Skolars.

Goulding hailed the performance of Dawson and said: “He was absolutely outstanding. He led the team forward, hit the ball up more than what he should be doing, and really held his hand up.

“There’s nothing flash about Daws, but he grafts all day and is a really good work horse. He’s absolutely vital to what we do.”

Thunder coach Stanley Gene was also full of praise for his winner, saying: “Matty has been playing really well for the last two weeks. He’s getting us around the park.”