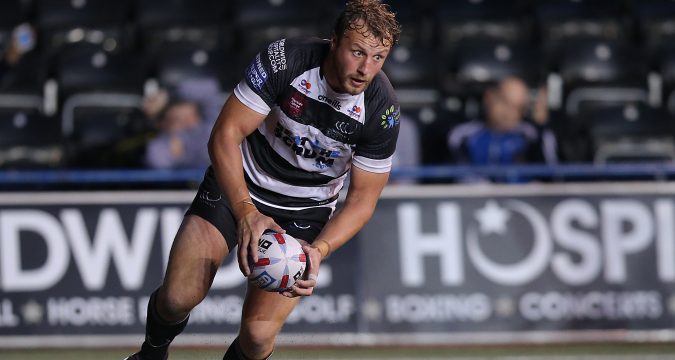 Chris Dean has signed a one-year contract extension with Widnes Vikings to stay with the club in their Championship campaign in 2019.

The second-row forward has been with the Vikings since 2012 after initially joining the club back in 2008.

The 30-year-old featured 14 times for the Vikings in 2018 scoring five tries and is happy to secure his future at the club.

“I feel really happy to be committing to Widnes for at least one more year and secure my future at the club,” said Dean.

“This will be my eighth season here and it has really helped me to establish myself as a professional player. The club has a big future with all the young lads pushing through at the minute and I wanted to be a part of that.

“The Championship is a very physical league, so a competitive pack is a must. We have the majority of our experience in our pack this year so it is vital that we get the team going forward and lead the way for our youngsters to thrive.