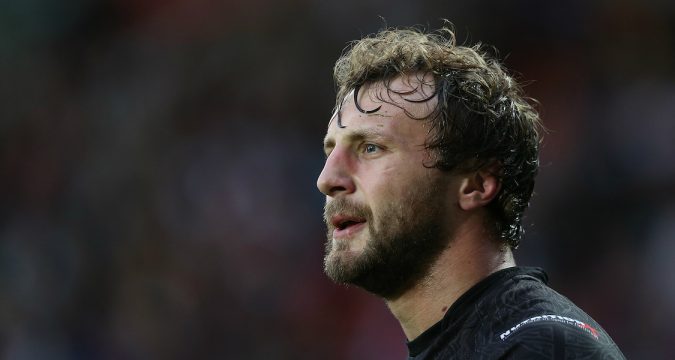 The 30-year-old has been plagued with injuries over the last 18 months but has been shown faith by the Vikings after years of service to the club.

Dean is in his second spell at the club and is in the seventh season of his current spell. He has made 143 appearances, scoring 31 tries.

“I have been with the Vikings for six years now, and I have seen first-hand how positively the club has changed both on and off the field. That made it an easy decision for me to sign a new deal,” he said.

“I want to thank James Rule and Denis Betts for giving me the opportunity to extend my time at the Vikings, and continue to build on what we’ve already achieved. I’m now looking forward to the next two years here and will be looking to help take this Club to the next level.

“I had a frustrating time last season with injuries, but I’m looking to put that behind me and getting back to my best in 2018 and beyond. We’ve shown in the last couple of games what we are capable of achieving this season and I’ve really enjoyed being back in action.

“There’s no better way to celebrate my new deal than with a derby game against our local rivals, and I can’t wait to get out there with the lads tomorrow.”

Denis Betts added: “Chris is and has been an integral part of our squad since he arrived at the Club. It is a huge boost for everyone at the Club to have Chris at the Vikings for another two years.

“Following his performances this year, it is clear for everyone to see why he was sorely missed by us last year during his injuries. We look forward to working with him this year and for the next two.”