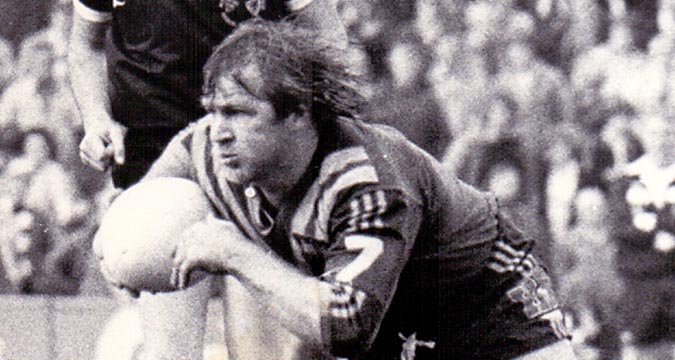 TOMMY RAUDONIKIS, the Australian great who was so often the scourge of Great Britain and England, has died aged 70.

The former Western Suburbs, Newtown, New South Wales and Kangaroos star had testicular cancer after heart surgery, and was then diagnosed with throat cancer.

A tough halfback, Raudonikis played 31 times for his country, featuring in three World Cups, two of which Australia won (in 1975 and 1977), and four successful Ashes series.

The last of his 24 New South Wales appearances was as captain in the inaugural State of Origin match in 1980.

But the colourful character is arguably best remembered for the “cattle dog” cry – an instruction to his players to start a brawl – which he coined as New South Wales coach in 1997 – a series they won.

“He was one of a kind. There will never be another Tommy Raudonikis,” said Australian Rugby League Commission chairman Peter V’landys.

“Tommy was everything that makes Rugby League the greatest game of all.

“As a player, there were none tougher. He was a brilliant halfback, what he lacked in stature he more than made up for in smartness and courage to become one of the best players of his era.”