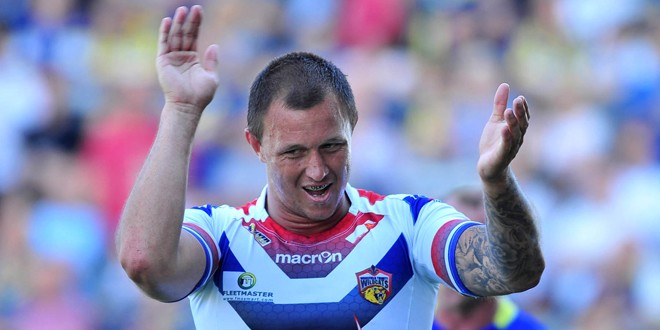 There are eight hugely anticipated Challenge Cup ties to look forward to this weekend – but the one that perhaps grabs the most attention is at Belle Vue on Sunday.

It’s there where Super League’s bottom side Wakefield take on Championship pacesetters Leigh Centurions live in front of the BBC cameras.

But with Wakefield in a dismal run of form and Leigh still yet to taste defeat this season, it begs the question: which result would be the bigger upset? We’ve looked at both sides of the coin and made a case for each – which side are you on? Let us know on social media.

Wakefield winning would be the bigger upset
With eleven successive defeats in Super League – and the last eight of those seeing the Wildcats ship 40 or more points on each occasion – there’s a strong argument to suggest that Leigh start this game favourites, something Wildcats coach James Webster himself suggested.

Perhaps that was an attempt to deflect some pressure on Leigh, but when you factor form into the equation when weighing up the balance, there is no doubting Leigh are the team most people fancy on Sunday. Therefore, should Wakefield manage to upset a side that have only lost TWICE (one of those to the reigning Challenge Cup holders in this competition) since the start of 2014, then it’s a no brainer. Wakefield are underdogs, and if they win, it’ll be an upset.

Leigh winning would be the bigger upset
Leigh have indeed swept all those before them in the Championship so far this season, but they will face a Wakefield side this weekend who will be hungry and determined to shrug off this losing run they’re on.

As well as that, the Wildcats will welcome back some big name players this weekend, and they are still the Super League side after all – with home advantage on their side.

It’s Super League v Championship, and whenever the team from the lower league wins – irrespective of who they are – it’s always an upset.