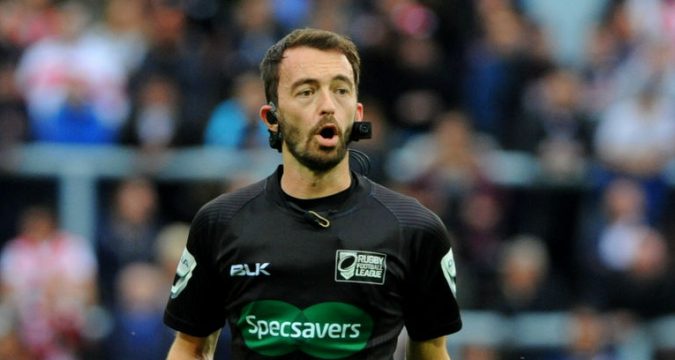 While the players will rightfully take centre stage at Old Trafford, Saturday’s Grand Final is also a big day for referee James Child.

The official has been rewarded for his performances this season by being appointed as the man in the middle for Saturday’s showpiece event between Leeds and Castleford.

The 34-year-old often comes in for criticism from fans, however, he has been in charge of some of the biggest games this season and has impressed enough to be given the nod of Phil Bentham and Ben Thaler for the main event of the year.

But how could his appointment potentially affect the two teams? Thanks to the excellent work of statistician Lorna Eden, we’ve had a look at how Child and the two teams have gone on when working alongside each other.

If you’re into your superstitions, Castleford fans will be able to take comfort.

But what will perhaps encourage Cas fans further is the significance of the games Child has overseen. Their first win was over Warrington in June, and although there was no real significance in the match, the other two games Child took charge of were perhaps the most significant in the Tigers’ recent history.

The West Yorkshire-born official was in charge when Castleford secure their first major trophy for 31 years as they defeated Wakefield to win the League Leaders’ Shield, and then just over a month later he was in control of that unforgettable encounter that saw Cas reach the Grand Final in Golden Point. That can only bode well, surely?

However, Leeds have also enjoyed success with Child taking the whistle.

He has officiated Leeds on eight different occasions this season, and they have lost just once.

More encouragingly for the Rhinos, the number of points they have scored under the watch of Child has been outstanding.

They picked up a 46-10 win over Catalans with Child in charge and followed that up by defeating Hull FC 24-52, thumping Warrington 40-0 and scoring 50 against Salford.

Brian McDermott’s side has only scored 40 points or more in six league games this season. Child has been on the field on four of those occasions.

There is very little to split the two teams when it comes to the frequency at which they are penalised by Child.

Over three games, Castleford have been punished 24 times, at an average of eight penalties per game, which is pretty much the going rate in a normal Super League game.

Meanwhile, Leeds have been pulled up on a less regular basis, but only just.

In eight games, they’ve conceded 60 penalties with Child in charge, an average of 7.5 per game.

One man participating in the Grand Final has incurred the wrath of Child’s whistle more than any other. Jamie Jones-Buchanan has been penalised on seven occasions by Child this season, one more than long-term team-mate Danny McGuire.

From a Castleford perspective, Paul McShane has got in Child’s bad books on four occasions in just three games.

To check out more statistics, head over to Lorna’s stats page by clicking here.