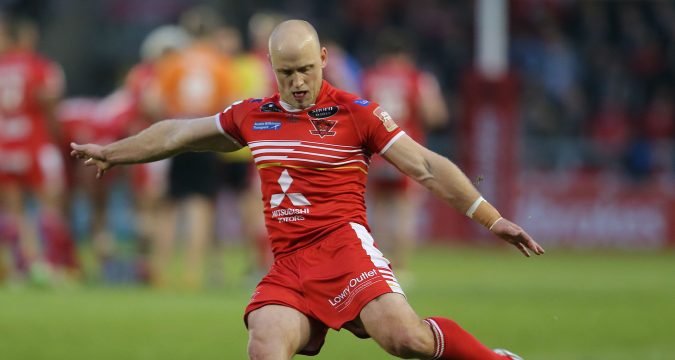 Michael Dobson will leave Salford Red Devils at the end of the season.

The 31-year-old, who has spent the majority of his career in Super League during spells at Catalans, Wigan, Hull Kingston Rovers and the Red Devils, will return to Australia at the end of the season.

He has already played his final game for the club after being ruled out for the rest of the season with a thumb injury that requires an operation.

Dobson is currently in his third season with the Red Devils and made 79 appearances for the club.

“I’ve been thinking about it for the last year and I’ve got a young family and it’s time to take the family home,” he said.

“I’ve been here for ten seasons now and we’re just ready to go back, settle down and take a step back from full-time rugby league and move onto the next phase.

“I’m going to play a little bit semi-professionally back in Australia and working within another club trying to get my foot in the door within the realm of coaching and development.

“I’ve loved it over here I’ve been here for ten years and, I’ll be honest, I never thought I’d be here this long but that’s probably why we’ve loved it so much.”

Dobson’s departure leaves the club’s halfback department in uncertainty for 2018. Dobson has been a regular this season while Todd Carney, who has spent the majority of the season as backup to Dobson and Rob Lui, is also out of contract at the end of the season.

“Myself and Dobbo sat down in pre-season together to discuss the possibility of this being his last season due to him having a lovely young family, his wife Sally and two young boys, and he felt the time was right to take them back home.

“While we hoped Dobbo may change his mind his decision to take his family home is the right one for him but as a person, and a player, he will be greatly missed by both the coaching staff and the playing group here at Salford Red Devils.”