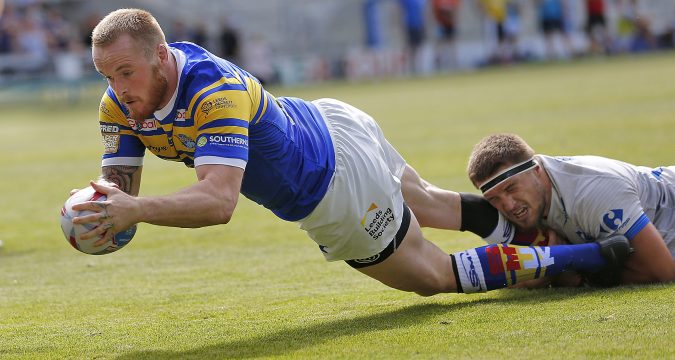 Dom Crosby has called time on his rugby league career.

The Leeds Rhinos prop confirmed he would be hanging up the boots after several years of dealing with injuries.

The 29-year-old hasn’t played since September 2018 and medical experts have advised him to call it a day due to a foot injury.

“I am truly gutted to be writing this, but unfortunately I have been forced to retire from rugby at the end of the season,” he said. “After multiple surgeries and on the advice of surgeons and specialists, my last injury hasn’t healed well enough for me to continue playing.

“I’ve given everything, emotionally, physically and mentally to get back fit. Rugby has given me everything I could ever have imagined; I’ve made some great memories and I’ve had amazing highs, as well as a few lows.

“I owe a lot to the people closest to me, who have kept me going and helped me through some of the toughest times I will ever go through, especially my wife who is my absolute rock and has been with me every step of the way. She has seen me at my worst yet always kept a positive attitude and encouraged me in every way possible. I owe her everything.

“Through rugby I have met some of the best people I could ever imagine, some of whom I call my family now.

“A massive thanks to Leeds for sticking by me and supporting me through these tough times, I am truly grateful for the way you have treated myself and my family over the last couple of years. Also to Warrington Wolves also, for being there and supporting me through some of the worst times imaginable; thank you for being so understanding. And to Wigan Warriors, for letting me live my boyhood dream by playing for my hometown club, giving me the opportunity of a lifetime.