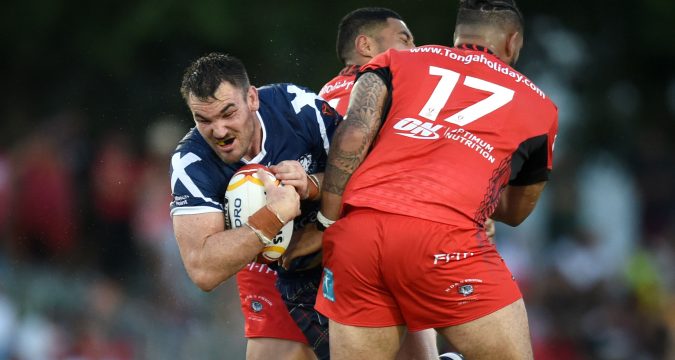 Following the departure of Danny Brough, who was refused entry onto the Bravehearts’ Flight to Cairns due to being intoxicated, Steve McCormack has been forced into several changes.

Danny Addy will partner Oscar Thomas in the halves, which has resulted in Callum Phillips being recalled to start at hooker.

The other two Scotland players who have been left behind following the incident including Brough, Sam Brooks and Johnny Walker, have been replaced by Andrew Bentley and Frankie Mariano.

Castleford’s Ben Roberts will not feature for the Samoans after being left out of the squad.

Matt Parish has made five changes, with captain Frank Pritchard also left out along with Ken Maumalo, Zane Musgrove and Sam Lisone.

Replacing them are Sam Tagatase, who will captain the side in Pritchard’s absence, Matthew Wright, Pita Godinet, Joseph Paulo and Frank Winterstein.