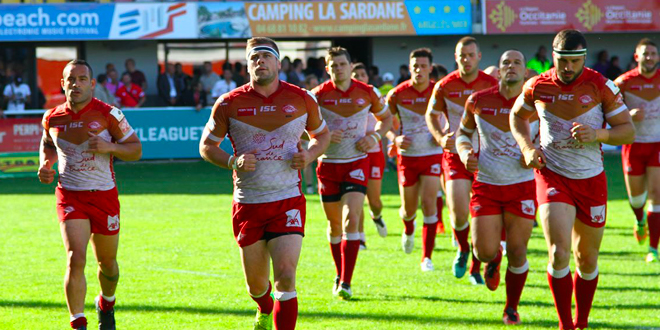 Catalans Dragons boosted their survival hopes with a 26-12 win over Featherstone Rovers.

Anthony Thackeray intercepted to reduce the deficit before half time.

Louis Anderson and Luke Briscoe were sinbinned midway through a feisty second period with Keal Carlile joining the pair on the sidelines five minutes later.

Inu knocked over another penalty goal before Sam Moa made the points safe with the Dragons’ fourth try.