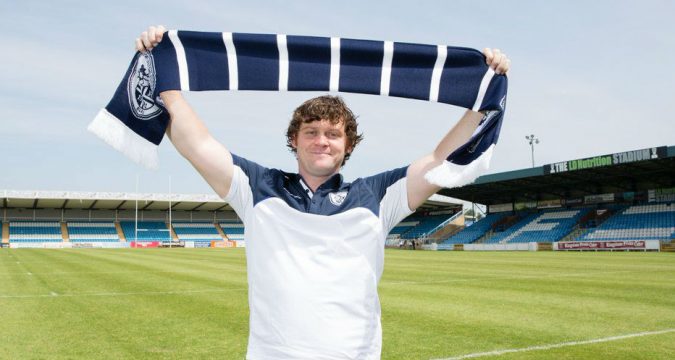 Featherstone’s decision to part ways with Jon Sharp last week came as a shock in most circles.

However the decision to replace him with Swinton Lions coach John Duffy meant the angle of eyebrows tilted just a few degrees higher.

It goes without saying that Duffy’s appointment is a gamble, but it’s safe to say it’s a calculated one.

Duffy’s appointment to one of the Championship’s top jobs just three years into his coaching career is a huge show of faith from the Rovers hierarchy. At the age of 37, he is one of the youngest coaches in the professional game.

But in his time at Swinton he has garnered praise for delivering an offensive brand of rugby many believe to be the best outside of Super League, despite dealing with a shoestring budget compared to the competition’s big hitters.

It’s also produced results. Swinton earned promotion to the Championship in 2015 before consolidating their place in the second-tier with a respectable ninth-place finish.

As a club, Featherstone are currently one of the most active in trying to increase their commercial revenue streams and build an identity. Duffy’s exciting, flowing rugby will help that dramatically.

Rovers’ attendances are up more than 18% this year while commercially they recorded their best ever retail sales, with figures up more than 400% this term. A winning culture is a key factor in improving those figures, but an attractive brand of rugby certainly helps. Just ask Castleford’s marketing team.

Featherstone chairman Mark Campbell made it abundantly clear at a press conference last week that he was dissatisfied with the style in which his club played under Sharp.

While the brand of rugby under the previous regime was perhaps not as bland as suggested, there’s no doubting that with Duffy at the helm, Featherstone will be a side people want to watch.

Although Sharp’s accomplishments in his time at Featherstone shouldn’t be undervalued, the reality is that Batley and Halifax finished above them on separate occasions despite spent significantly less. Ultimately, Featherstone’s ambitions don’t allow for that, although Fev did overcome heavy-spending Bradford in 2016.

This year Campbell revealed the club had targeted a top two finish. Featherstone fell short of that by five points. Despite playing with the third highest budget in the league, they finished fourth. By no means a disaster, but it doesn’t fit with Featherstone’s lofty ambitions. Ultimately, there was no real progress on last year.

Coaching Featherstone is a different beast altogether for Duffy, but with a much more competitive budget, better facilities and a vast array of talent at his disposal, Duffy now has the infrastructure to build on his impressive résumé so far.