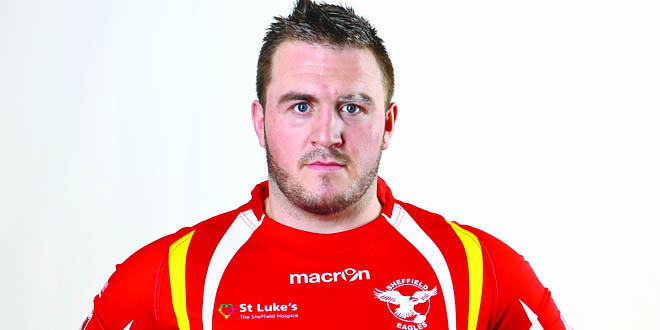 Sheffield Eagles are looking to surprise Hull FC when the two clubs meet in the fifth round of the Ladbrokes Challenge Cup at Bramall Lane on Sunday (3.00pm).

For the Eagles, currently lying third in the Kingstone Press Championship, the Cup will be a welcome break from their league campaign and prop Mitch Stringer believes they can cause an upset.

“We’ve changed the game plan a little bit this week so they won’t be expecting how we’re going to play and hopefully will catch them unawares,” he said.

“I watched Hull last week against Widnes and I thought they were really, really strong. Their defence was really strong and some of the things they did with ball in hand were really good. I think Leon Pryce has started pulling the strings as to how Hull want to play. They are a full time outfit, everyone sees them as big club so we aren’t expected to do anything in the game.”

Sheffield Eagles sprang one of the biggest surprises in the history of the Challenge Cup when they beat Wigan in the final at Wembley in 1998. “We don’t talk about it,” said Mitch, “but (coach) Mark Aston mentions it two or three times a week!

“It’s the biggest competition in the game, everyone knows what the Challenge Cup is. We want to go as far as we possibly can and we see this as a winnable game. As long as the bounce of the ball goes right for us and we do all the small things right, who knows what can happen in 80 minutes of rugby?”

The Eagles are playing most of their games at Doncaster’s Keepmoat Stadium this season while their new ground is being built but they will be back at Sheffield United’s Bramall Lane Stadium for this tie.

“We played at Bramall Lane two or three seasons ago and we love it down there,” he said.

“We played Wigan there in the Challenge Cup in 2010 and after 30 minutes we were beating them 12-0. If we can take that sort of form into the game then maybe it will enable us to do the same against Hull.”

Tickets for the Ladbrokes Challenge Cup fifth round tie, Sheffield Eagles v Hull FC at Bramall Lane on Sunday April 19 (3.00pm) cost from £15 for adults, £11 for concessions and £5 for children.