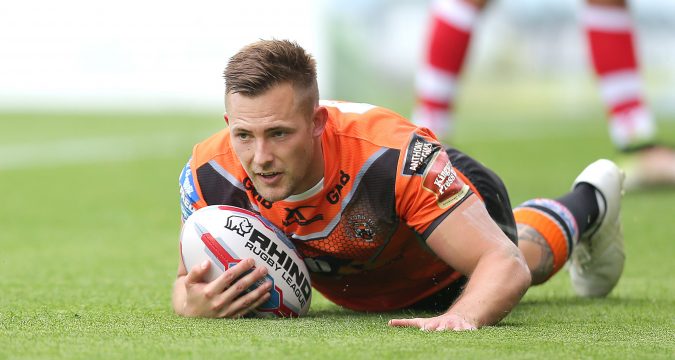 Greg Eden is set to become the next Castleford star to sign a new contract.

The 27-year-old has entered negotiations following his maiden season with the beaten Grand Finalists.

Eden topped Super League’s try-scoring chart in 2017 with 38 tries in just 29 games following his move from the NRL’s Brisbane Broncos.

His current contract expires at the end of the year, but he is set to sign a new deal in the coming weeks, following the news that Paul McShane has penned fresh five-year terms, which was revealed in last week’s League Express.

“Talks started a couple of weeks ago,” said Eden.

“It will probably take another couple of weeks, but it’s ongoing and hopefully we can get something sorted out.

“I’ve no issues staying here; I love it, so we will see what we can do. It’s my hometown. I had a good feeling that I’d enjoy coming here and so far I’ve been able to do that.”