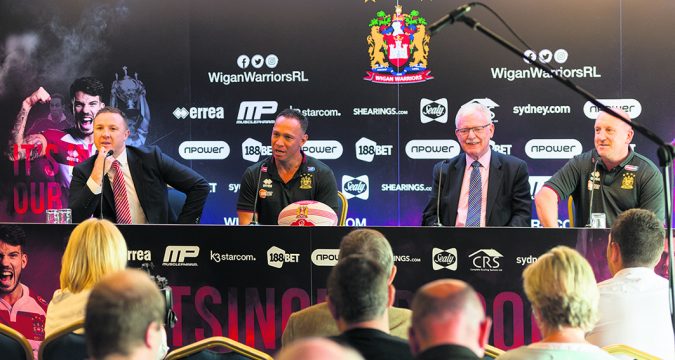 Shaun Edwards says he will speak to Wigan over the next few days about his future with the club – but has refused to clarify whether his next move will be in rugby league or union.

Edwards, speaking with talkSPORT’s Jim White on Wednesday morning, rebuffed any questions about where he will be coaching next, in the aftermath of Wales’ Six Nations triumph over the weekend.

That is despite reportedly agreeing to join Wigan last August, though Edwards has claimed in recent days that he has not yet signed a contract with the Super League champions to become their coach in 2020.

“I need some time to think and to evaluate my situation,” he said.

“I love all forms of rugby, it’s a great game. It unifies people and helps people to feel part of a team. I admire the players greatly as they put their body on the line.”

When asked if he would be interested in a role to remain in rugby union, Edwards said: “I’m not going to answer any of those questions at the moment as I just need to come down to earth. It’s incredibly emotional – it’s like having five Challenge Cup finals on the bounce, the Six Nations.”