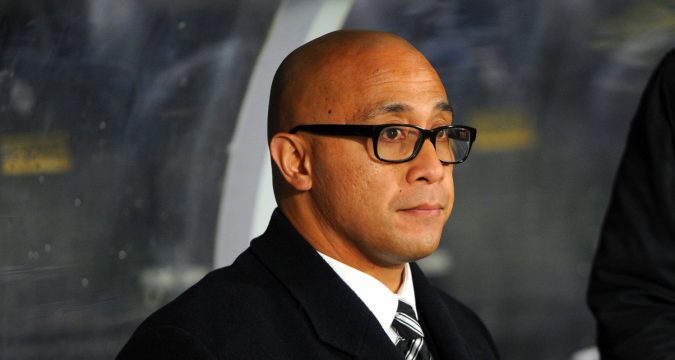 Motu Tony insists that Gareth Ellis is ready and has the credentials to succeed him as the club’s Football Manager, saying the time is right for a change for all parties.

Tony will return home to New Zealand in the coming days, ending a lengthy association with Hull as both player and administrator, with his off-field role coinciding with the club’s most successful period of the Super League era, which included two Challenge Cup Final wins at Wembley, bringing to an end the mythical Wembley hoodoo of never having won at the national stadium.

He will be succeeded by retiring captain Ellis, and Tony says the former Hull skipper is the perfect candidate to continue where he has left off.

“It’s just the right time for Gaz to step away from the pitch to move into this new challenge,” Tony told League Express.

“He’s had a fantastic career and in terms of the next step, it’s a good time for him to be taking over the ship and for someone fresh to inject some ideas into the club.

“He’s been our captain for some time and those experiences make him the ideal candidates in my eyes to take this on.”

Tony also admits that, after so long in the UK, it is right for him to step away from Hull and embark on a new challenge.

“I’ve been thinking of going back to New Zealand for a while,” he said. “The timing is right now. If I’d left last year, it would have been a bit selfish on my part to walk away after a cup win and a top-four finish.

“Luckily, we’ve done that again and I think we’ve proven that we’re in good shape both on and off the field. We’re more consistent now and the challenge is to continue in that style.

“To shake that (Wembley) hoodoo and get it off the club’s back meant a great deal. Doing that again this year shows the club isn’t going to be held back.

“It was a watershed moment for Hull FC – and I hope they’re saying the same soon about Old Trafford.”

Tony also revealed he has worked closely with Ellis in helping him adjust into life after retirement as an administrator. He said: “Gaz was someone Hull FC could not afford to lose. He’s been a phenomenal player and he will be a very good addition to our management.

“We’ve actually had a couple of meetings, me and Gaz, where I’ve tried to show him parts of the job and some bits which will help him settle in. When he officially starts he’ll be ready and raring to go, I’m sure.”