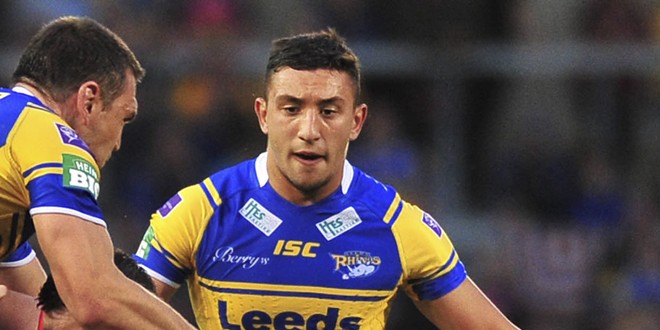 England have named a 20-man squad to face France in a one-off Test match at The Mend-A-Hose Jungle, Castleford (6.30pm) on Friday May 16.

England coach John Winder, who oversaw two weekend training camps in Sheffield with his 36-man squad in preparation for the Test, said he had faced some tough decisions in selecting the best 20 players.

“It was very tough, which is a great reflection on the depth of talent we have in this country,” said Winder, who will take his squad into a four-day camp on Tuesday May 13 using the facilities at Featherstone Rovers.

“We will work hard as a group in camp so that we can see what works and what doesn’t. It is about getting the players on the same page and honing the aspects on how we want to perform.

“In the last few series the England Youth and Academy sides have done well against France. They are a little bit of an unknown quantity but you would expect the French to be physical and play with passion.

“We have a few guys who played them two years ago so I would imagine that there will be a few of the same players who played in that series.”

The match represents the first opportunity for the Academy players to impress Winder on the international stage ahead of the eagerly-anticipated two-Test series against the Australia Secondary School Rugby League (ASSRL) in December.

“It is a long way off but the players are genuinely excited about it,” said Winder. “It is a privilege to be able to play Australia at any age group.

“We’ve only had seven or eight rounds of the Academy season and we are having a couple more training camps and a couple more Tests before we decide on a squad for the Australia series, so there will be some chopping and changing until then.”

Tickets for the England Academy v France Academy at The Mend-A-Hose Jungle (6.30pm) can be purchased on the day for £5 for adults and £3 for concessions.

The England Academy squad to face France Academy at the Mend-A-Hose Jungle, Castleford on Friday May 16 (6.30pm) is as follows (professional and community clubs in brackets):