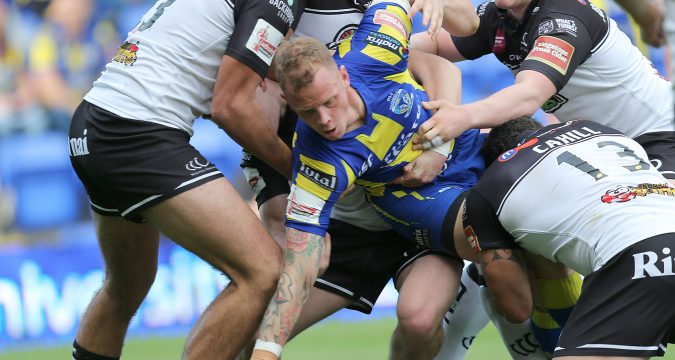 This story first appeared in this Monday’s League Express. To open your digital subscription of the paper, simply click here.

“To say that getting the call on Sunday was terrific news is probably an understatement. It was one of the best feelings in my life, along with getting married and the birth of my son.”

That was the reaction of Warrington Wolves star Kevin Brown to his selection for England’s World Cup squad last week.

“The call took a long time to come, but I’m really honoured, especially after the season we have had,” he adds. while saying that he is confident he can do a good job for England coach Wayne Bennett.

“I really do back myself and I believe I can perform at the very top. The bigger the game, the better I perform. Having said that, I’ve not been happy with my form since the start of the season.

“The style we played made it difficult to bring the best out of me.”

Perhaps Brown’s outstanding performance came when Warrington beat the Bennett-coached Brisbane Broncos in the World Club Series at the start of the year.

“The expectation that our win against Brisbane threw up was never fulfilled,” admits Brown, who has a high regard for the England coach, particularly in the way he has brought the England players together.

“Wayne Bennett demands a lot of us as players and really stretches us. But he does it in a way that makes us ready to play. We feel ready going into the tournament.

“I believe he is the best coach I’ve been coached by, by a distance, with the way he demands to much. And it doesn’t matter who you are, if you are not doing your job he will tell you. He gives you so much confidence with his preparation and the togetherness he instils in the team. This team is one of the closest groups of lads I’ve been involved with.

“There had been cliques within England teams for decades, but this team is a pleasure to be around. It could be difficult going to a World Cup with a squad where some players had egos and you didn’t get along with them, but this is going to be a breeze and it’s a pleasure to be involved with this group. Most teams who do well and enjoy success are very close-knit off the field.

“One of Wayne’s philosophies is that if you play at your best, results are likely to be good for you. And I really do believe that if we all play to our best, then we can go on and win it.

“We want to put ourselves in a position whereby we have done everything we can to win, we’ve turned over every stone and left everything out there in trying to win the World Cup.”