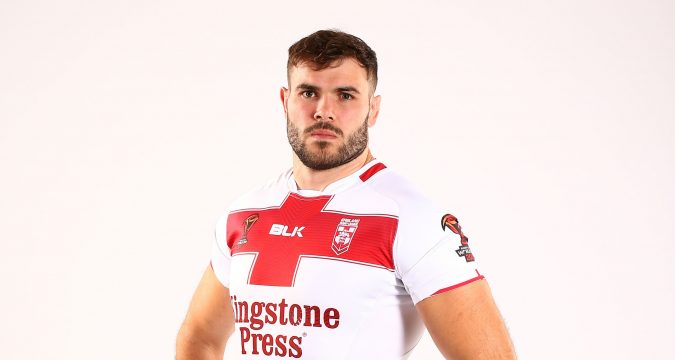 Alex Walmsley has been called-up to the England squad for their World Cup match with Samoa.

The St Helens forward missed the opening round defeat to Australia due to illness, but will feature in Sydney.

He replaces Sam Burgess in the 17-man squad, who will miss the match due to a knee injury picked up against the Kangaroos.

It is the only change to Wayne Bennett’s side for the match, although Ben Currie will start in the second-row, with Walmsley on the bench.

“We were unfortunate to lose Sam early in the game against Australia but received some good news and we can now possibly get him back sooner than anticipated,” said Bennett.

“Apart from Sam, everyone is fit, healthy and good to go against Lebanon. Friday’s result was disappointing but the players have shown they wanted to get straight back into it and we had a great day in hot temperatures on Monday.

“Alex was in the match day squad last week and he was unlucky not to make the field. He’s feeling good again and I want to see what he can offer against Lebanon.”