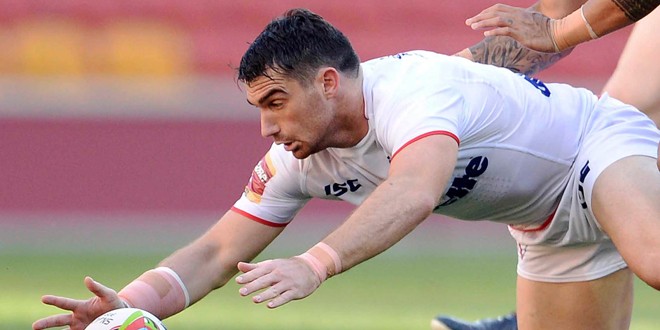 England have made two changes from the 19-man squad they selected against New Zealand in their 9-2 defeat at the Olympic Stadium last Saturday.

Half-back Matty Smith is named in the squad alongside Huddersfield Giants winger Jermaine McGillvary. They replace Huddersfield’s Leroy Cudjoe and Warrington Wolves forward Ben Westwood ahead of this Saturday’s International Series decider against the Kiwis at a sell-out DW Stadium, Wigan, kick off 1.00pm.

Smith has not played for England since last autumn’s 16-14 defeat to New Zealand in Dunedin.

McGillvary, Super League’s leading try-scorer from the 2015 season, is hoping to make his England debut on Saturday.

Both Smith and McGillvary will be eager to secure their respective places in the final 17, which will be announced by Coach Steve McNamara 90 minutes before kick off on Saturday.

“We have had a great week with our preparation and the players are ready to take on a strong New Zealand side,” said McNamara.

“The players are well aware of the importance of the game and the improvements we have to make from our previous matches to give ourselves every chance of beating New Zealand.

“We will have to be at our best to win, but we’ll relish the pressure of playing against a quality team in front of a full house at Wigan.”