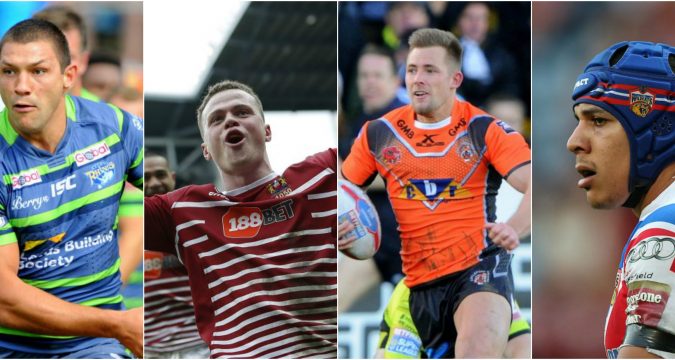 With the World Cup on the horizon later this year, we thought we’d give you, our readers, the chance to pick your starting XIII for the opening game against Australia in the autumn.

Each week, we’ll be putting forward several contenders for each position in Wayne Bennett’s starting line-up, and asking you to vote for who you think should get the spot.

Last week’s result saw 79% of you vote in Zak Hardaker as our fullback for the team – and this week, we’re moving onto the left wing, where there is certainly plenty of competition..

Arguably one of England’s finest ever wingers, Hall has more competition for his spot than ever before this season. His form at club level continues to be of the highest standard though – and you feel it will take something special to dislodge him..

..but when you’re looking for something special, how about the man who could yet finish the season as Super League’s record try-scorer? It’s been a heck of a season for Greg Eden – and it could get even better following his call-up into the England elite squad earlier this year.

Burgess has settled into life as a Wigan player once again exceedingly well. In a season laden with injuries for the Warriors’ big names, Burgess has looked in impressive shape on the edges for Shaun Wane’s side.

Arguably the real outsider of the quartet, but given Wakefield’s form this year, it would be unfair to discuss England inclusions and leave out Ben Jones-Bishop.