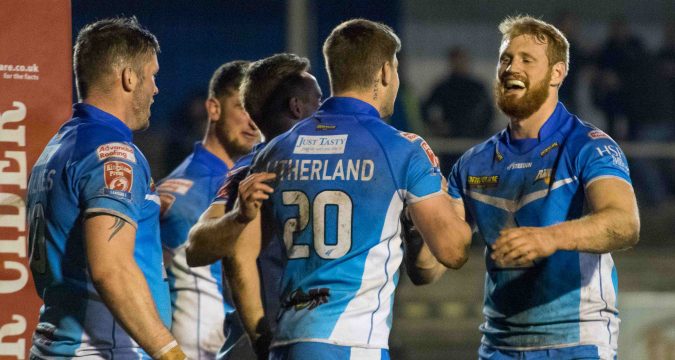 Bitter rivals Barrow Raiders and Whitehaven will face off in the League 1 play-off final after both teams earned semi-final victories on Sunday.

The two Cumbrian clubs defeated Newcastle and York City Knights respectively to book their place in the final, having spent the vast majority of the season battling for second and third place.

Barrow eased to victory over Newcastle, hammering Jason Payne’s side 60-0. It was much more difficult for Whitehaven, however, who had to wait until the 107th minute – deep into extra time – before Ste Roper landed a drop goal to secure a 21-20 victory.

The game will take place at Barrow’s Craven Park on Sunday.

“It means one of us will be going up to the Championship. It is going to be a cauldron next week.”