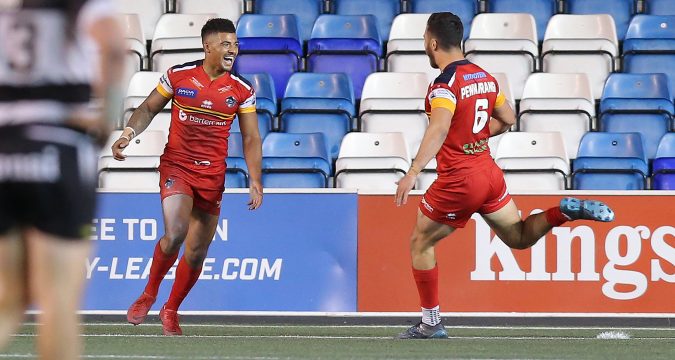 The Knights are currently in the Betfred Championship, but are still one of six clubs still in the running for promotion to Super League. A decision is set to be made on December 16th.

Dixon, 28, began his career in 2012 with a three-year spell at hometown club London Broncos, where he was rewarded with a coveted England Knights jersey, and returned for a four-year stint in 2017.

In between, Dixon spent two years with Hull Kingston Rovers in Super League and appeared in the 2015 Challenge Cup Final, a game where Rovers were handed a record-breaking 50-0 defeat by Leeds Rhinos.

Kieran has 171 games, including 123 tries, of professional experience and is dangerous in every area of a Rugby League field due to his unrivalled speed. which has been implemented a number of times.

James Ford, Knights head coach, said: “We’ve patiently been looking for an additional outside back for a while and we believe Kieran is exactly what we’re after. He has ample Super League experience, an outstanding try to game ratio, electric pace and he’s a handful on early plays.”

“I’m confident Kieran will fit in with our culture and add to it in places.”