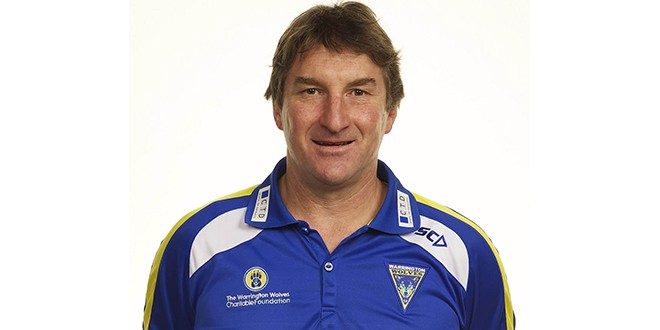 Warrington Wolves and former Great Britain and England coach Tony Smith has called for the game’s bosses to make the development of young players their number one priority.

With the Rugby Football League and its clubs still trying to find a way forward on the restructuring of the leagues, Smith believes the production of Super League players should be a more pressing concern for the governing body.

The RFL, at the insistence of a majority of Super League clubs keen to reduce spending, abandoned the Super League under-20s competition, in which a limited number of over-age players could play, combining it with the under-18s Academy to form a single competition from 2013. The move led to clubs releasing a flood of players approaching their 20s at the end of last year. Smith believes that if a better system isn’t implemented, and quickly, the game will suffer long-term damage over the next decade.

No half measures
“The development of our younger players is a real big concern,” Smith told League Express.
“There needs to be some really big answers to some really big questions.
“How do we develop our players and what is the best system?
“If we are to maintain a good competition we are going to have to invest in developing players. Not only is the structure of the competitions important, but also the level below it is more crucial and is under threat at the moment. And it is going to get even more messy. If there is going to be promotion and relegation again that is going to have a big effect on the integrity of the Championship competition, and I don’t see how ‘partnerships’ and dual-registration can work.”
The dual-registration system, involving partnerships between Super League and Championship clubs that allow the senior club to play its fringe players and stars returning from injury, had mixed results last year. Most of the partnerships were ended, with the Wolves’ own relationship with their partner club, Swinton, currently up in the air.
“The partnership concept hasn’t been embraced by the Championship clubs, so it has made it difficult for those that do have partnerships,” Smith continues.
“I know that we came under criticism at different stages last year for the players that we put back (both Lee Briers and Adrian Morley played for Swinton as they came back from injury). I can understand some of that point of view – how it can affect the integrity of their competition.
“However if that (dual-registration) is the system in place we have to accept that is how we are going to develop our players. If not, we have to come up with a different system.
“For us (the Wolves) at the moment we have some really good young players who have been coming through our system for a long time. They get to the age of 19 and after that we have nowhere to play them except at a Championship club. That is fine if everybody accepts it. It’s not going to be though.
“Some clubs are developing and putting a lot of money into developing young players but there is nowhere for them to go.”

Investment
Australian Smith, who has British citizenship and is about to enter his 15th season coaching in the British game, accepts that it was the clubs who threw out the RFL’s recommendation that Super League should continue with a second tier at under-23s level.
“A few clubs felt in a comfortable position with their partnership clubs, and some others feel it is a financial drain to produce younger players,” he says.
“That’s where we need a strong leadership and governing body to determine the best way to develop our players and make it clear to clubs that if, for example, they want to get their full allocation of TV monies they have to invest in certain areas.
“The investors and club owners need to be convinced about why all clubs should be developing young players. There needs to be some a debate about that.
“In our sport, 19 is too early to cut off. At present if you don’t have a partnership club you’ve got to make decisions to cut players at 19 and then use players 19 and under as reserves for your first team.
“A lot of them are not ready, although you get the Sam Burgesses and Ben Curries for example. But they are the exceptions. Most kids in our sport develop late and need more time to develop their bodies for Super League. There needs to be another age-group or structure, either second team or 23s, where you can play some older players.
“There is a reluctance by the owners and investors in the clubs to put money into that area, because there is a certain number of players who play in a second team who will never, ever play Super League, although there is a cost incurred.
“The investment is in the ones who will make it.
“It may seem like a waste of money, or just another cost to incur, but it is a necessary part of developing Rugby League players.
“And there’s also the value of players returning from injury to not have to be thrown back into Super League when they are not ready.
“Some clubs are relying on other clubs to invest and develop players.”

Survival will be all
“If short-term thinking is currently hampering development, this will only get worse if relegation is re-introduced next season after six years of licensing.
“Whilst I know there is a strong tradition of promotion and relegation, one of the effects of the hysteria around the chance of relegation, is that of course all the financial investment will go into the top grade,” warns Smith.
“It will be about survival rather than development. That’s one of the negative sides of going back to promotion and relegation, unless there are strong rules in place for junior development in order to remain in the top league.
“Whilst the licensing system probably hasn’t been as successful as first thought, it hasn’t been strongly administered really. One of the things that did happen, though, was a certain amount of investment at junior level and we did produce some different players as well, some good outside backs, the Cudjoes and the Watkins, Ben Jones-Bishops, the Charnleys. We weren’t producing those sorts of players for a number of years. The development we are missing now was not working too badly.”
The financial imbalance between the Super League and the NRL, with cash-rich rugby union clubs also in a position to entice more League players to their game, in Smith’s opinion requires that the development issue is urgently addressed.
“Producing players is going to become more important with the threat of the money that is in rugby union and the attraction of going to Australia to have a go,” Smith continues.
“If we can’t compete financially to keep our best players, the obvious answer is to produce more young players to replace the ones that go.
“In order to produce them you have to invest in them, and you have to have development pathways. There is a responsibility, and a need, for every club to invest and produce players for our future.
“With the drain of players, it is going to get harder and harder.”

He who speaks loudest
“There is going to be a huge hole in four or five years’ time. The longer we go without considering how we are going to develop players from age 19 right through to Super League, the more problems it will create. And they will probably be apparent by the time of the next World Cup. With little opportunity to develop, players will go to Australia.
“Australia is producing the majority of players already. Whilst the World Cup was successful in many ways, if you look at the number of players produced and nurtured by Australia, it far outweighs all the other countries combined.
“Maybe I am over-reacting, but I’m a bit fearful there might only be a scattering of players with an English accent in the England team in a few years’ time.
“I’m not saying I have the answers. We need strong debate, and strong leadership too.
“The idea that the increased profile of the World Cup will see more players coming into the game won’t happen if there is nowhere to go and play. We have to create the structures now and stick with them for a number of years to really see the benefit. In the 13 years I have been here there have been 18s, 19s, 20s, second teams, under 23s and partnerships, and not many of them have lasted more than two or three years before we change it again.
“Whoever speaks loudest, or whoever has the ear of the Rugby League at the time, probably gets their way.
“We are not thinking enough about our long term future.”