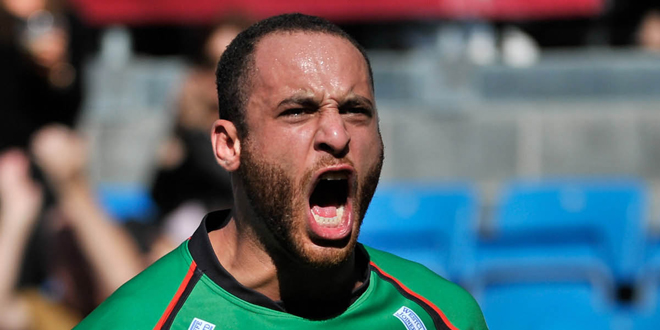 Ayden Faal has signed for Hunslet on a one-year deal, the club has confirmed.

Faal, who was banned from playing Rugby League for six months in 2014 for breaching the sport’s betting rules, joins the Hawks from Batley, ending his three year stay at Mount Pleasant.

The 28-year-old centre previously played for the Hawks in 2009 before joining Dewsbury, but is now preparing for his return to the South Leeds Stadium as Barry Eaton’s side ready themselves for life in Kingstone Press League One.

“Signing Ayden is testimony that we are creating the right environment at the club,” Hunslet Director of Rugby Darren Williams told the club’s official website.

“He’s had his injury problems and is just recovering from a shoulder reconstruction but his rehabilitation is ahead of schedule and he’s looking forward to showing us what we all know he can do. He is a major signing for the club as we prepare for life in Championship 1 and he will provide us with some strike out wide.”