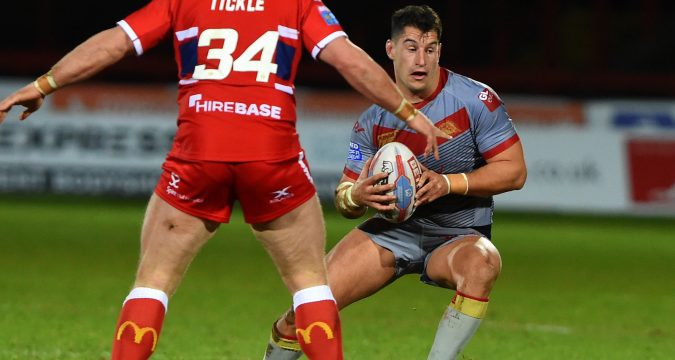 So, Catalans did as I predicted and beat a threadbare Huddersfield side last week. Papering over the cracks or the start of changing fortunes? Sadly, I think the former is more likely. Wigan arrive still hurting from the Easter Derby loss.

Many people predicted the downfall of Wigan this year, but despite a less than convincing winter in terms of ins and outs, Wigan have started the season well. In the likes of Club and Flower, the Warriors are more than a match for the Dragons when it comes to the physical arm wrestle. In Marshall, Bateman and Burgess,they have the quality to break the Catalan defence.

What can the home team offer in return? Not a lot judging by performances this season. Errors have dominated most games this year and good teams like Wigan will punish them every time.

I predict a big win for the visitors. The game will also see the home fans turn on the coach who has now had almost a year to turn things around, but has taken the side backwards.

After a number of deals between these sides in recent years, the talk this week has been of Sam Tomkins joining the club for 2019. If this is true, I wonder whether there will be a clause in the contract so that Sam can walk away rather than ply his trade in the Championship? Or perhaps this season is irrelevant if the 2019 structure has already been agreed? If so, that might explain the apparent lack of panic in the current league position.