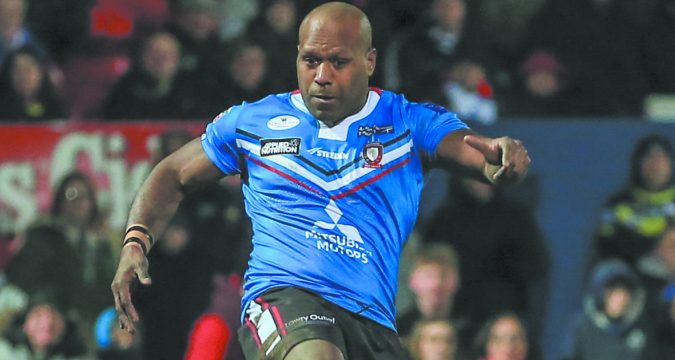 Magic Wlong-awaited its long awaited return this weekend up in Newcastle and Salford will be hoping that magic will rub off on them as they hunt for a much needed 2 points.

Salford feature in the curtain raiser on Sunday as they go toe to toe with the Catalan Dragons. These sides have never met at the Magic Weekend event but when these sides meet, it’s never short of a try or two. In the previous four meetings Salford have scored 120 points whilst the Dragons have managed 108. But this fixture is possibly the most crucial as both coaches are in desperate need of the 2 points on offer.

Both Ian Watson and Steve McNamara have come under some heavy criticism this year as both sides have struggled to maintain consistency. Salford have the upper hand in this fixture as they sit 8th in the Super League table whilst Catalan sit at the foot of the table in 12th.

Even though Salford come into this fixture losing 3 of the last 4, I can see the Devils slaying the Dragons and making this year’s magic a weekend to forget for Catalan.

So, the worst kept secret in Super League was confirmed this week, with Sam Tomkins signing up for the 2019 season. First job, however, is to ensure that the club remain in the top flight for next year. There seems to have been some progress of late, and the Challenge Cup win, albeit against a lower team in Whitehaven, will put the Dragons in the right frame of mind for their clash with Salford this Sunday.

Their opponents sit four points above them in the table, but more importantly, Salford lie in 8th place, the target for the Dragons between now and the split. This game is so hard to call with the bookmakers unable to separate them. On the positive side, a few key players seem to be coming back to form. Wiliame and Broughton are starting to look like posing a threat in recent weeks, and overall, the team has limited the number of handling errors. Equally, the arrival of Josh Drinkwater seemed to offer a new dimension to the side and he will only improve as he adjusts to the team around him.

This game is huge as a defeat will probably condemn Catalan to the middle 8’s and with the quality on show in the Toronto side (when they keep 13 on the pitch), and the vast improvement in the Leigh Centurions team, the middle 8’s will be far from easy. We still don’t know the new structure for 2019, but if things remain as they were in 2017, I can see 2 sides dropping out of Super League, so it is vital that Catalan win this one on Sunday. With Huddersfield and Widnes coming up in the next few games, this really could be the start of a mini run that will see them climb out of the bottom four.