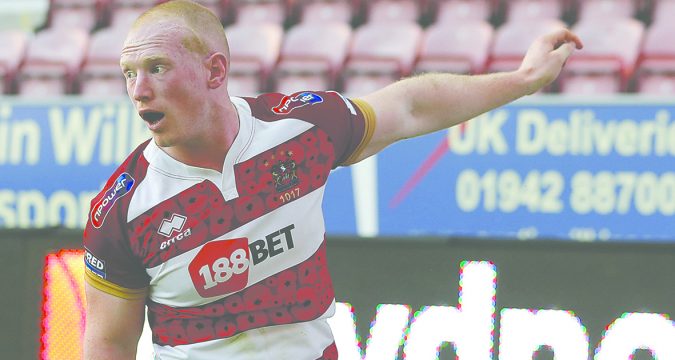 Wigan forward Liam Farrell has conceded that he was hurt by the decision to select an Australian-born player ahead of him for England – but is delighted to be back in the international setup after several years out of the picture.

Farrell was involved under Wayne Bennett during his first season in charge, but he has not played for the national side since late-2016.

The following year, England played Samoa in a mid-season Test – when Australian Chris McQueen was picked in front of him by Bennett. And Farrell, who could revive his international career under Shaun Wane after being included in his 31-man squad, admits that was tough to take.

“I’ll not lie, it did,” he said when asked if that hurt him.

“We’ve bags of potential in loads of positions and to pick lads I wouldn’t class as fully-English players.. it’s tough to take when they’re in front of you.

“That hurt, but it probably would for other lads in other positions as well, if they’re picking players who haven’t been born in this country.”

Farrell did, however, insist that he had no issue with other English forwards in his position getting the nod in front of him during his time in the international wilderness.

He said: “I’ve always thought that if a coach favours other players, I don’t mind at all. But personally it’s tough to take and those few years I’ve not been involved have been tough.”