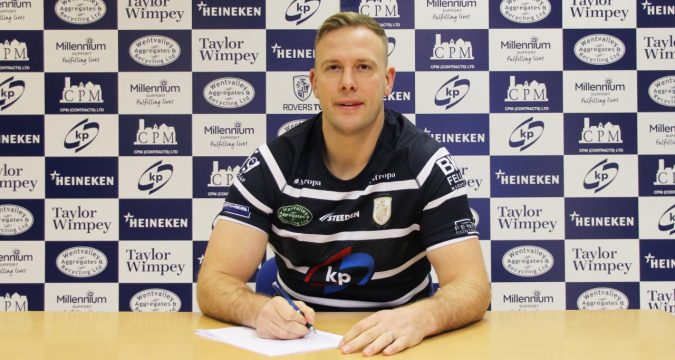 Featherstone Rovers have confirmed the signing of prop Craig Kopczak.

As revealed by TotalRL, the Wales international joins the club on a one-year deal after 14 seasons in Super League.

The 33-year-old has spent his entire career in the top flight with Bradford Bulls, Huddersfield Giants, Salford Red Devils and Wakefield Trinity.

“Adding him has really strengthened competition for places in the middle of the pitch. With what we have seen this year in how coronavirus has affected the availability of players in Super League, having strength in depth in the middle positions was a vital area we needed to secure.”

Kopczak added: “I’m over the moon to be here and I’m looking forward to the challenge ahead. It’s a big club and Webster is a great coach and there are some great players in the team.

“If the Super League application is successful that will be great, if not I can use my experience and leadership in the Championship to push for a Super League position through promotion in 2021.”