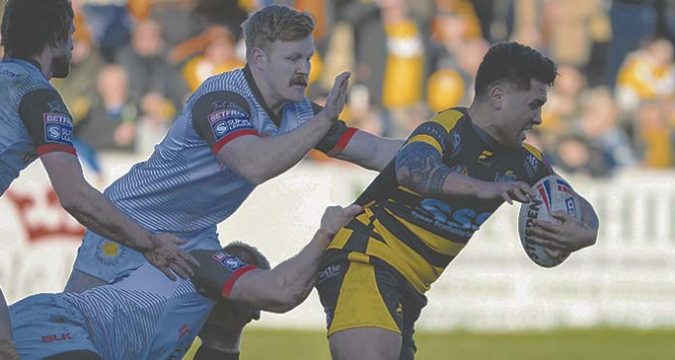 Luckless Sosaia Feki is set for another spell on the sidelines.

But he lasted just 24 minutes before picking up a knee injury and League Express can reveal he is now set for another six week absence as a result.

Hamstring and calf injuries have seen him miss the entire campaign since his high-profile move from the NRL’s Cronulla Sharks.

A regular during his time with the Sharks, he made 148 appearances over seven seasons, averaging more than 21 games per season and barely ever missing a game through injury.

But he has had a torrid run in Super League and will almost certainly end the season in single figures this year.