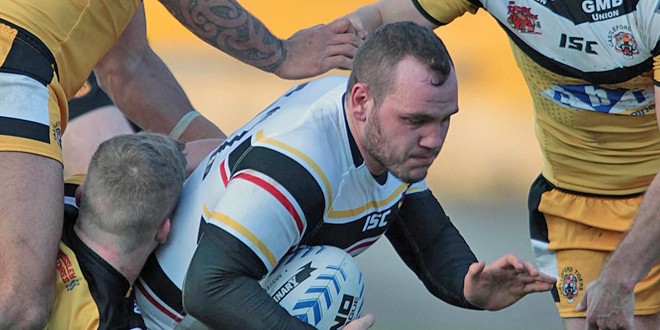 The Scotland international, 25, is yet to make a competitive appearance in a Bulls shirt since his transfer from Huddersfield Giants last year after sustaining a back injury in pre-season.

“I am very much looking forward to getting back out there, it has been a long time coming,” he said.

“I was initially told I could be looking at 10 weeks on the sidelines, so to be informed I am getting close – just a couple of weeks after the operation – is very pleasing.

“It has been a massively frustrating period for me. I have only made one appearance so far this year and I was far from my best. But I am back in training, which is going well, and am simply now waiting now for the message telling me I am clear to play.

“My focus is pretty much fixed on getting back to full health in the next couple of weeks or so and working my way into the team. We might have a small squad at the moment but spots in the back row are hard to come by, it is one of the most contested positions in the team.”

Lee Gaskell, who injured his MCL in the Bulls’ round two triumph over Wakefield Trinity Wildcats back in February, is also closing in on a return to full fitness.

Bulls head physio Dan Ramsden said: “Both Dale and Lee are progressing very well in terms of their respective recoveries. They are back in light training and we are working very hard to ensure both of them are available for selection very soon.

“Matt Diskin, Luke George and Adam Sidlow are also doing well but like with any injury, it requires us to get these guys back out there, in the thick of the action, for us to fully assess their recoveries.”