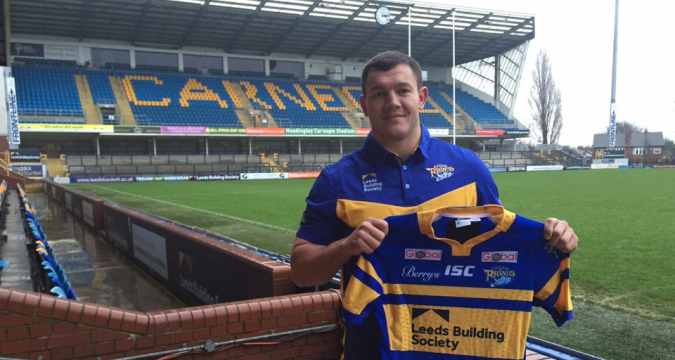 Brett Ferres had as many as 10 top Super League and NRL sides interested in him – that’s the view of Bradford managing director and uncle of the England star, Steve Ferres.

Ferres told the Telegraph and Argus that had Ferres been forced to step down into the Championship, then he’s confident the Bulls would have been the option he’d gone for.

But he revealed that his nephew had interest from top sides all over the world, before eventually settling on a move to Leeds, which was confirmed earlier this week.

“If it had been a situation where Brett needed to step down a division, then I’m sure we would have been his first choice,” he said.

“But when you have 10 Super League and NRL clubs chasing you then you have to take the best possible option.

“Brett is 29 now and is at the stage of his career where he wants to win something and we are not in a position to offer him that at the moment.

“He has gone to the club who have won the most silverware over the last few years and hopefully he can get some rewards there. The move he’s made is the right for him at this time.”