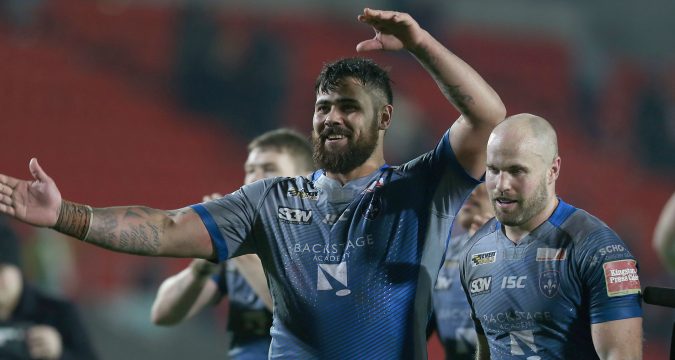 Fifita believes tonight’s televised clash will illustrate just where Trinity are at following an up-and-down season which leaves in mid-table approaching the halfway point.

And he says that while Trinity are focussing on their own performance, the prospect of clashing with the likes of Ben Flower – who has subsequently been ruled out injured – and Tony Clubb is a battle he’s looking forward to.

“I don’t mind the players that they’ve got, just the grubbiness of blokes like Clubb and Flower,” he said.

“If we do our job and concentrate on that, we should get the job done. “It should be a good game and we’re looking forward to it.”

Fifita also admits he’s expecting a feisty and motivated Wigan side to arrive in West Yorkshire tonight following a turbulent fortnight both on and off the field.

“This week’s vital to see where we are as a team,” he said. “I’m sure with Wigan getting touched up last week, I’m sure he (Shaun Wane) will tell their middle that they have to toughen up.

“I think they’ll try and come through us but I’m not worried. We only worry about ourselves and what we do best.”