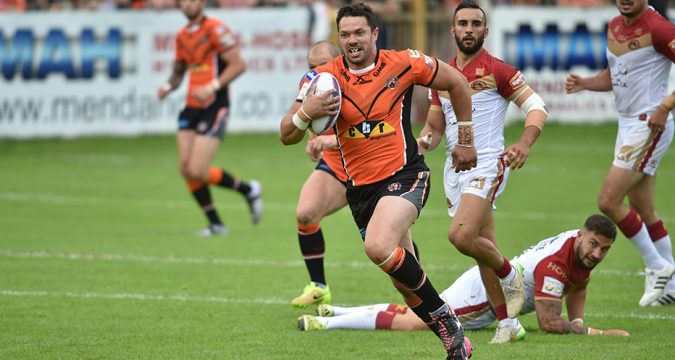 Throughout the early stages of his career, the playmaker has been tipped for big things.

However, having failing to establish himself in an ever improving Hull FC side, the youngster has been shipped out to their cross-city rivals to prove himself in the Championship.

Abdull still has plenty of time on his side, but this would be an ideal year to prove it under the guidance of Tim Sheens.

The former Warrington man is Sheffield’s headline signing ahead of 2017, and with that comes pressure.

He might have dropped out of Super League, but Cox has ambitions to return to the top flight shortly, and proving himself throughout the rigours of a tough Championship campaign would help him do that.

Having finally overcome his injury troubles, Frankie Mariano is ready to conquer the Championship.

However, given his pedigree, the Scotland forward will have a target on his back from the very start of the season, which makes his task that bit more problematic.

Nevertheless, in a strong Rovers team, Mariano has the capabilities to take the division by storm.

Nobody has ever doubted Sammut’s individual brilliance, but things haven’t quite gone to plan for the maverick halfback in recent times.

After falling out of favour with struggling Wakefield in 2015, he eventually joined Workington. Even that didn’t work out, with the Cumbrians relegated to League 1 last year.

However, Sammut has been given a chance by London Broncos, who are keen to build on last year’s impressive showing.

Playing in an expansive system under Andrew Henderson, everything is in place for him to succeed, but only his performances will determine that.

The Halifax flier joined the club from Featherstone with a big reputation.

With 59 tries in 78 games in his time at Featherstone, Sharp’s try-scoring was supposed to take his new club to another level. Sadly, a combination of form and service restricted Sharp to just nine tries in 28 appearances.

2017 gives Sharp, along with Halifax as a team, the chance to reassert their quality at the top.