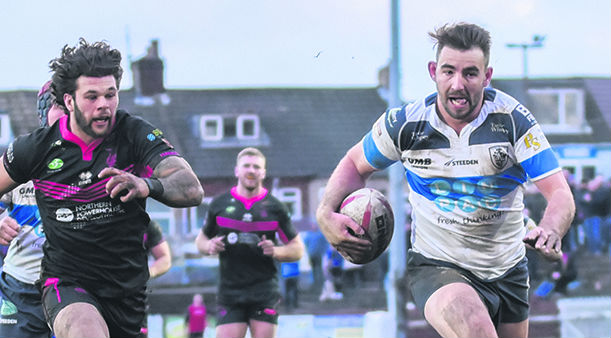 The back-rower has made a name for himself in the Championship in recent years, and he looks set to enhance his reputation even further after a superb performance for the Broncos against Barrow.

Harrison was a prominent threat down the right edge throughout the Broncos’ big win, scoring a try and setting up a couple too.

The 29-year-old is in his fourth year with the Broncos, and he looks set to thrive under Danny Ward.

In a star-studded side, QLT isn’t perhaps the first player that springs to mind when you think about the Wolfpack.

But the former Sheffield ace was in fine form against Leigh and was rightfully named man-of-the-match.

He provided a number of assists with his excellent transition into the offensive line and made some eye-catching breaks.

Featherstone signed Ridyard hoping his injection of quality would make him a matchwinner.

It took him one game to do just that.

With Rovers in a battle of attrition with Halifax, it was Ridyard who found the key to unlock the Fax defence and secure the win with a try.

He looks set to be an addition that could take Fev to the next level.

The French halfback continued his fine from the end of last season with a strong display against Swinton.

Robin came into his own when Johnathon Ford got injured last year but partnered him well against the Lions.

A crafty and lively runner, Toulouse have a threat at their disposal in the 27-year-old.

The irony is that Adam Sidlow may not have even played had it not been for the departures of Dave Taylor, Fuifui Moimoi and Ryan Bailey.

But the former Bradford star came on and completely changed the game in the Wolfpack’s favour.

He took the game to the Centurions, squared up to them and won all of his individual battles.

He even scored a rare try. A fine performance.