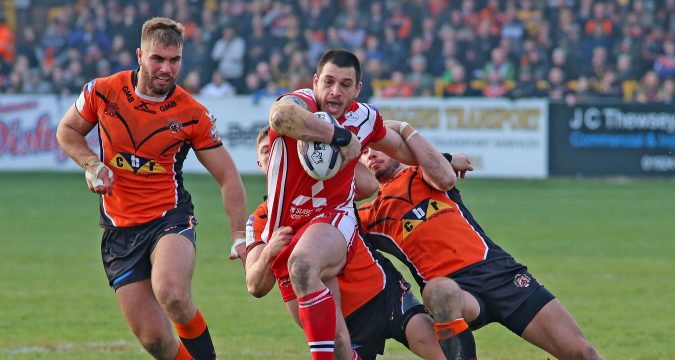 One head coach departed, another was kicked out by his players while an owner threatened ‘all-out war’ with the RFL.

Just another week in the world of Rugby League!

It’s been quite the year so far, not just for on-field shocks, but the dramas going on behind the scenes.

Thankfully for you, League Express has all the action covered in the latest edition of the paper, which is available in stores now or online at our shop – www.totalrl.com/shop

Here are five of our best offerings in this week’s paper.

1. Major update on the next Wakefield head coach

In a one-to-one chat, League Express caught up with Michael Carter to discuss the future and identity of the next Wakefield coach following Brian Smith’s sudden departure. In a feature interview, Carter gives us a timeframe and reacts to potential candidates for the job.

Steve Ganson has given his verdict on the decision, and why he thinks he has left.

We have news from every single Championship club, including prospects of more arrivals at Leigh and injury updates from Bradford, Halifax and London.

Every game covered. We’re proud to provide you with the lowdown from games around the world, and this week is absolutely no different.

People on the attack, people on the defence, everything is kicking off in our Mailbag section this week! It’s not one to miss.