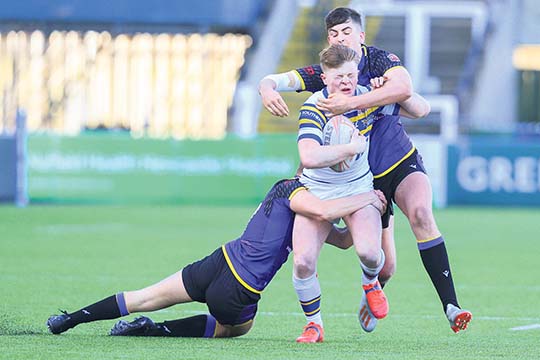 BRADFORD, Castleford and Hull KR have lost their Academy licences.

And Leigh and Salford have both been unsuccessful in applications to run an elite player development system from 2022-27.

Those who missed out have been provided with detailed feedback on areas for improvement, and can reapply in 2024.

They will be able to operate development Academies, which are run in conjunction with further education institutions, and play in the Colleges competition.

Super League clubs will be required to run Reserves when that competition returns in 2022, and other clubs will have the option of applying to do so.

The elite Academy licensing process had been delayed since 2019, partly as a result of the disruption caused by Covid.

Over recent months, a panel convened by the RFL and Super League Europe considered the 15 applications.

According to the powers that be, the licences have been extended to six years because of the long-term nature of player development.

Those decision makers say they were also mindful of protecting the community game, leading to an agreement that a maximum of twelve licences be awarded – up to nine in the game’s defined ‘core affinity areas’, up to two in defined ‘emerging affinity areas’, so extending the talent pool beyond the traditional heartlands, and up to one in France.

The panel was chaired by Dean Andrew, who had the same role in the determination of the 14th Championship club for this season following Leigh’e elevation to Super League in place on Toronto.

Andrew said: “We thank all clubs for their applications, and the work that went into them.

“This has been a robust and rigorous process, with an emphasis on quality and realism.

“We did not work to award a set number of licences, but to ensure those licences awarded were to truly elite Academies, and to bear in mind the importance of protecting the community game.”

Truswell said: “It was a competitive process and there were inevitably some difficult choices to be made.

“However, as one of the two independent panel members reviewing the submissions and overseeing the process, I was impressed by its robustness and rigour.

“All of the applicants should be commended for the effort that they put into the process and their commitment to the development of players and the game.”

The current Academy season, which began in a revised format last weekend following delays due to the pandemic, will continue as scheduled.