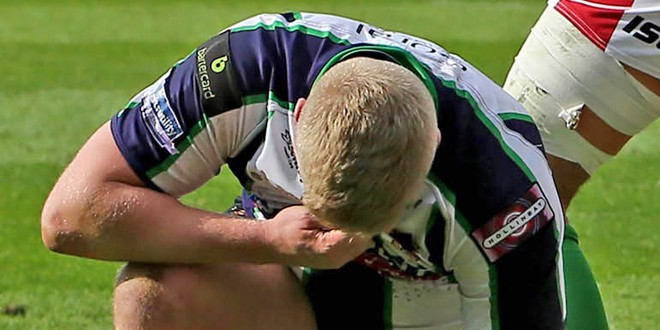 Leeds and Castleford kicked off another Rugby League weekend in serious style last night, after they played out a thrilling 24-24 draw at a packed Headingley Carnegie. That set the tone for six more Super League games, as well as a full schedule of Championship and Championship One action.

There are sure to be slips, twists and drama all across Friday, Saturday and Sunday’s games – but just what are the biggest things we can expect from the Rugby League weekend? TotalRL take a stab at some tentative predictions ahead of what is sure to be another fantastic weekend of action.

The unthinkable finally happened in the Championship last week, as Leigh Centurions were finally beaten in their quest to go a whole season without losing a league encounter. Their defeat to Doncaster didn’t exactly jeopardise the Centurions’ position at the top of the tree, but it did allow the Dons to reignite the race for second place in the Championship. Expect Paul Rowley’s troops to provide a heavy response this week after that shock defeat – with the unfortunate Keighley Cougars the team staring down a hurt Leigh outfit. Of course, there are no guarantees in an incredible Championship 2014 campaign, but a win for Leigh looks likely – they haven’t lost two on the spin all season, so expect that trend to continue.

Castleford’s failure to beat Leeds on Thursday night ensured that the Rhinos moved to the Super League summit with just six games left – but that could all change again on Saturday afternoon, as St Helens get their chance to respond. It could actually turn out to be a very good weekend for Nathan Brown’s men, as they can extend their lead at the top if they pick up a win in the capital against London Broncos. Clearly the Broncos are thinking about preparing for next year – as they should – so the Saints will no doubt be heavy favourites to pick up their 16th win from 21 attempts – and condemn London to a 21st straight league defeat.

3. A new side in Super League’s top eight

For what seems like the entirety of Super League 2014, Widnes Vikings have comfortably occupied a spot in the top eight, with many believing their destiny lies in the play-offs at the end of the season. However, they have been really struggling over the last few weeks, and are clinging onto the final play-off spot with a whole host of teams chasing them down. And this weekend could be the one where Widnes finally slip out of the eight, as they face red-hot Warrington Wolves. A defeat there – coupled with a win for either Hull KR or Wakefield – will see Denis Betts side slip out of the play-offs.

4. A thriller in Championship One

There are plenty of contenders for the game with the most significance this weekend, but few will point to a battle happening in North Yorkshire – as York take on Oldham in Championship One. A win for Oldham would see them go joint top of the league with a game in hand – in fact, a win by 44 points (unlikely, admittedly) will actually see them move to the top on points difference. With Hunslet not playing this weekend, the top spot in Championship One – so crucial in the five-team play-off system the division uses – could become a lot clearer by Sunday night.

5. The final curtain for Bradford Bulls

It has looked more and more likely as the season has gone on, but Sunday could well turn out to be the final call for Bradford Bulls in terms of their Super League survival hopes. Defeat at Huddersfield will send them down to the Championship, as will wins for Salford and Hull regardless of the result against the Giants. New coach James Lowes admitted to the media yesterday it would be “sad” for relegation to be confirmed, but they can at least plan proactively for next season, much like London Broncos are doing.