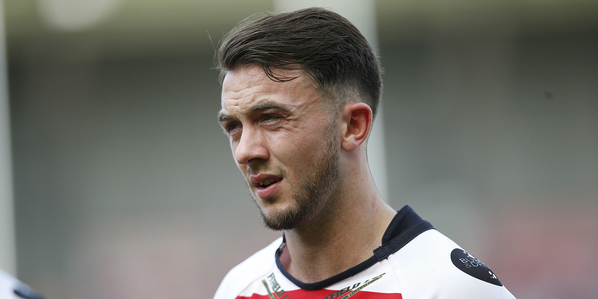 This weekend provides us with another full round of Championship action as teams up and down the competition continue to jockey for position early in the season.

There are a number of tasty games this weekend with plenty of intriguing storylines in and amongst.

Here are just five things to keep an eye on this weekend.

Something will give on Saturday night as Swinton and Whitehaven go head-to-head both searching for their first win of the season. The Lions have impressed despite being winless so far while Haven showed great improvement in their defeat to Dewsbury last week.

Nothing is decided so early in the season, but the team that gets points on the table tomorrow will have the mental edge.

A Bradford great welcomes his former club to his current surroundings when the Bulls travel to Oldham on Sunday.

Scott Naylor was a part of the great Bradford team the dominated the early noughties.

It’s a fixture that he admitted he looked for straight away when the fixtures were released, but will his team be able to end Bradford’s unbeaten run?

London look to make a statement

The Broncos came excruciatingly close to shocking Leigh a few weeks ago, but they get another crack at one of last year’s top four when they face Halifax on Sunday.

Fax have had a mixed start to the season and have already lost to Sheffield and Batley, so they will be exceptionally determined to register a victory.

After if was revealed that Ryan Brierley has allegedly exercised the contract clause in his contract, will the Centurions star play on Sunday against Sheffield?

The Centurions are already without Rangi Chase and Martyn Ridyard, which resulted in Cory Paterson playing at halfback last week alongside Brierley. If he doesn’t play, it will be a makeshift partnership for the Centurions in the pivots.

A number of players will play against their former club when Featherstone entertain Dewsbury. The notable stars are Anthony Thackeray and Paul Sykes, who swapped clubs in the off-season.

It seems inevitable that someone will haunt their former club, but which way the result goes is harder to predict.