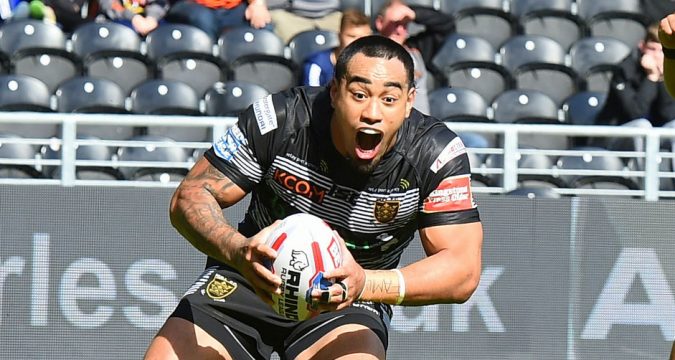 Mahe Fonua is hungrier than ever for a Grand Final appearance after developing a taste for Old Trafford with his teammates.

The Hull FC star was in the crowd at the home of the Grand Final to watch Manchester United play in their recent Premier League fixture.

Lee Radford sent his squad up to the Theatre of Dreams, where the Black and Whites are hoping to be next week for the Super League showpiece should they be able to overcome Leeds.

Fonua admitted that going to Manchester had seen him develop a desire to return to the iconic ground, but as a player rather than a spectator.

“We went down to Old Trafford last week to watch a Man United game,” he told TotalRL.

“I think it was just to get a feel of the atmosphere down there and it was second to none. It was great to be a part of, so hopefully we can make it and be on the pitch while that’s going on in the background.

“Secretly I think he took us down to give us that little feeling if we made it. Hopefully the boys remember that feeling and use it as a drive to get to Old Trafford next week.”

Fonua has extra motivation, with the two-time Dream Team member set to depart at the culmination of their play-offs campaign to join Wests Tigers.

However, the speedster admitted he was keen to ensure a fitting farewell for team-mates Gareth Ellis and Steve Michaels, who will also leave at the end of the season.

“You always want to finish on the highest note that you can,” he said.

“There is one more game after this and hopefully we can be a part of it.

“Also, there are two other plays saying their farewells, Gareth Ellis has had a legendary career in Super League and NRL so it would be a perfect way to send him off, and Steve Michaels too. The best way to finish it off would be a Grand Final ring.”